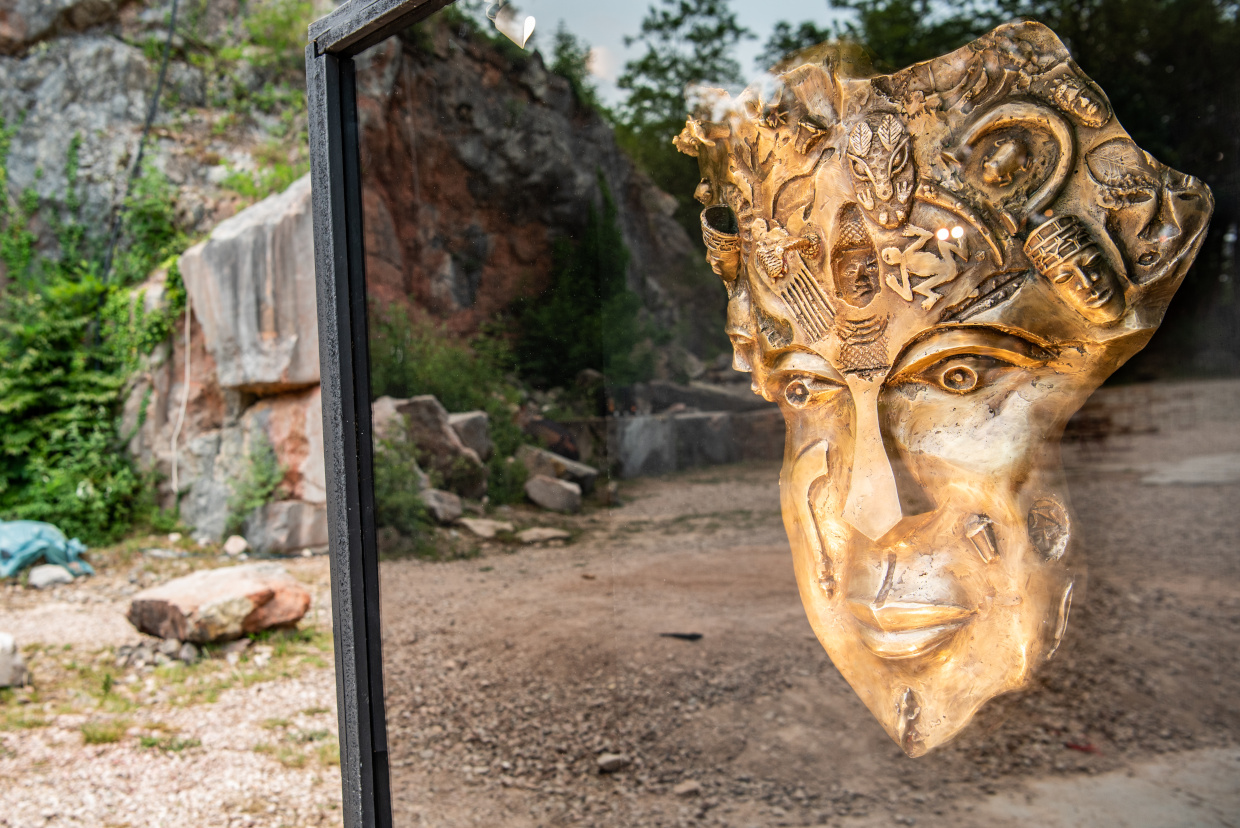 A mirror game of cultures, between contemporary and ancestral art forms, between European museums and African rituals.

Iyagbon’s mirror is a multidisciplinary project that questions the different regimes of meaning incorporated by ritual objects that have become art objects. Among those works now kept in the ethnographic museums of Europe, there is most of the African sculptural heritage, translocated through colonial exploitation.

Many artefacts, masks and instruments that we can admire in museums were initially created for ritual use, then purchased, found or stolen to be exhibited.

What if we try to reverse this pattern?

Onyrikon in collaboration with Nigerian sculptor Samson Ogiamien, proposes a travelling show that will take place in several ethnographic museums and performing arts festivals. In each of these places Ogiamien’s sculpture: Iyagbon, will first be exhibited as an art object and then stolen to become a ritual object. The public will be invited to participate in the migration of the sculpture to an external site where an artistic ritual will take place, an attempt to generate an ephemeral community around an artistic-magic object.

An emblematic bronze mask created by Samson Ogiamien in Benin City, Nigeria, together with the royal casters guild, the Igun Eronmwon. It will be both a traditional and a contemporary artwork representing a new generation of African art travelling to Europe to reconnect with their ancestor’s art in diaspora. The actors of Onyrikon will interact with the mask during the show, and a new ephemeral body for the mask will be created in situ at each adaptation of Iyagbon’s Mirror. Instead of possessing the sculpture, for a moment, by the means of theatre, music and dance, let ourselves be possessed by it.